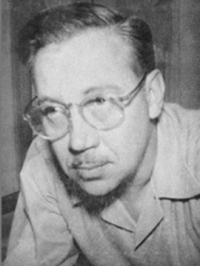 Stuart Palmer (1905–1968) was an American author of mysteries. Born in Baraboo, Wisconsin, Palmer worked a number of odd jobs—including apple picking, journalism, and copywriting—before publishing his first novel, the crime drama Ace of Jades, in 1931. It was with his second novel, however, that he established his writing career: The Penguin Pool Murder introduced Hildegarde Withers, a schoolmarm who, on a field trip to the New York Aquarium, discovers a dead body in the pool.

Withers was an immensely popular character, and went on to star in thirteen more novels, including Miss Withers Regrets (1947) and Nipped in the Bud (1951). A master of intricate plotting, Palmer found success writing for Hollywood, where several of his books, including The Penguin Pool Murder, were filmed by RKO Pictures Inc.

“The Puzzle of the Happy Hooligan is a book that will keep you laughing and guessing from the first page to the last.” —New York Times

“[Withers is] of the first and still one of the best women detectives.” —Anthony Boucher 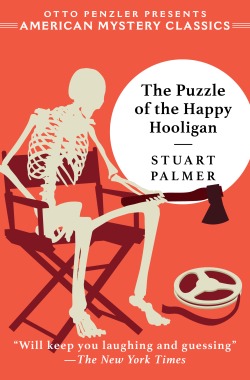